Ozone Layer Recovery as a Beacon of Hope

We are all aware of the hole in the ozone layer, caused by notorious air pollution in a time when we were just learning that chemicals we use in our everyday lives can have detrimental effects on the entire planet. Scientists of the time had begun questioning how the emissions of supersonic aircraft and space shuttles might affect the atmosphere. But such a colossal effect from the simple use of refrigerators and the accumulation of little spritzes of aerosols by individuals was a an eye-opener.

Stratospheric ozone provides us with critical protection from the rays of the sun. It absorbs and protects us from harmful ultraviolet radiation that can cause skin cancer, suppress our immune systems and damage plant life. It is composed of a molecule containing 3 oxygen atoms, which is very reactive with other molecules. Cue chlorofluorocarbons (CFCs), molecules which break down by ultraviolet radiation in the stratosphere, giving birth to byproduct chlorine “radicals”. These radicals then react with and destroy ozone molecules. CFCs were developed in the 30’s and increasingly gained popularity in use in refrigerants, aerosol spray-cans and various other applications over the years. But scientists only discovered the potential danger they posed in the ’70s, shortly before the discovery of the hole itself.

The hole in the ozone appeared so rapidly that the scientist who discovered it, Joseph Farman, thought his instruments were broken when he found it. However, the Montreal Protocol took action against CFCs quite rapidly, only two years after the discovery of the hole.  The protocol successfully reduced the amount of CFC use and later completely banned CFC production over the following decades. But unfortunately, CFC’s can’t be removed from the atmosphere as quickly as they were introduced into it. They are very stable molecules that can remain in the atmosphere for decades after release, up to 100 years. Thus, although CFC use dropped, the hole in the ozone layer continued to grow.

But a Happy Ending in Sight

Despite the grim outlook from the start, there is finally good news. 2018 marks the first time scientists confidently state that ozone depletion is decreasing specifically because chlorine content is decreasing in the ozone hole. And the responsibility for that feat goes solely to the superbly successful Montreal Protocol.

The researchers showed a consistent decrease in ozone loss by taking daily ozone measurements above Antarctica for over ten years. But, they needed to know if this ozone loss was due specifically to a decrease in CFCs. Nitrous oxide is another similar behaving long-lived gas in the stratosphere. The ratio of nitrous oxide to that of chlorine shows that chlorine is declining more while nitrous oxides is not. As CFCs are the source of the chlorine, this means CFCs are declining. They determined that the total amount of chlorine is declining on average by about .8 percent annually.

Although it will still take up to sixty years, researchers predict that the ozone will continue to gradually recover.

Chlorofluorocarbons and Other Deceiving Chemicals

The severe havoc wreaked on the ozone by CFCs was not for lack of good intentions. CFCs originally came into play due to their seemingly safe properties including being odorless, non-toxic, non-flammable, compressible, and, of course, stable molecules. A range of products put them to use, including aerosols, freezer linings, food containers, insulation, refrigeration, and air-conditioning system fluids, and electrical cleaning and industrial solvents. Surely it was hard to imagine such versatility and safety leading to such extreme consequences.

Similarly, we face problems choosing which substances and how much of them to use today. Take organic farming for example. Many people believe that organic farming does not use pesticides at all. But US Organic Standards actually approve over 20 chemicals for pesticide use on organic crops. And on top of that, the government does not record the actual amount of pesticides used on organic farms.

Now, regulations deem those 20 chemicals appropriate for organic farming due to them being “natural”. But this definition doesn’t change the fact that they have the same environmental and health consequences. In fact, seemingly counter intuitively, they often result in even greater damages. This is because their decreased effectiveness and lack of regulation means farmers use them more intensively than synthetics. Staying vigilant to the effects of processes and chemicals we use can be difficult, but is necessary for maintaining the long term health of the environment we depend on.

From the Ozone to the Cleaning Industry 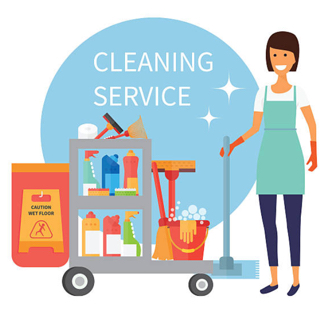 Other chemicals we still use every day have similar far reaching consequences. Like the ozone-destroying CFCs once found in deodorants and hairsprays, the substances found in everyday products for cleaning, beauty, sunscreens, fuel, and cooking don’t simply disappear after we wipe them up, wash them down the drain, or burn them for our energy needs. They end up in the environment where they can do harm by interacting with wildlife, water, air, and soil. They can also interact with other chemicals, light, or air resulting in further changes to the molecules and unforeseen effects.

Cleaning products represent one of the groups of substances most commonly released into the environment during normal use. Volatile components evaporate into the air and we rinse residual product down the drain. Laboratory studies show that common surfactant ingredients in cleaners function as endocrine disrupters, causing adverse reproductive effects on wildlife. Ingredients containing nitrogen or phosphorus can contribute to nutrient-loading in bodies of water. Volatile organic compounds (VOCs) can affect indoor air quality, as well as smog formation in outdoor air.

It is important to choose biodegradable, non-toxic, low VOC content, reduced packaging, and low life cycle energy cleaning products. This can prevent their environmental and health effects from becoming as severe as those of CFCs on the ozone layer.

Lessons from the Ozone

While perhaps we can pat ourselves on the back for successfully and collectively taking the necessary action stop ozone hole growth, we need to take it as a serious learning opportunity. Through the Montreal Protocol, the entire world banded together to stop a perceived threat to us all. This proves that we are indeed capable of reversing our mistakes on the grandest of scales, but only through effective collective action in favor of the greater good. This lesson extends to modern decision making, including on the scale of the individual. Our decisions on the products we use and actions we take, when summed together, make a difference. 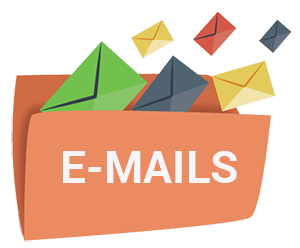